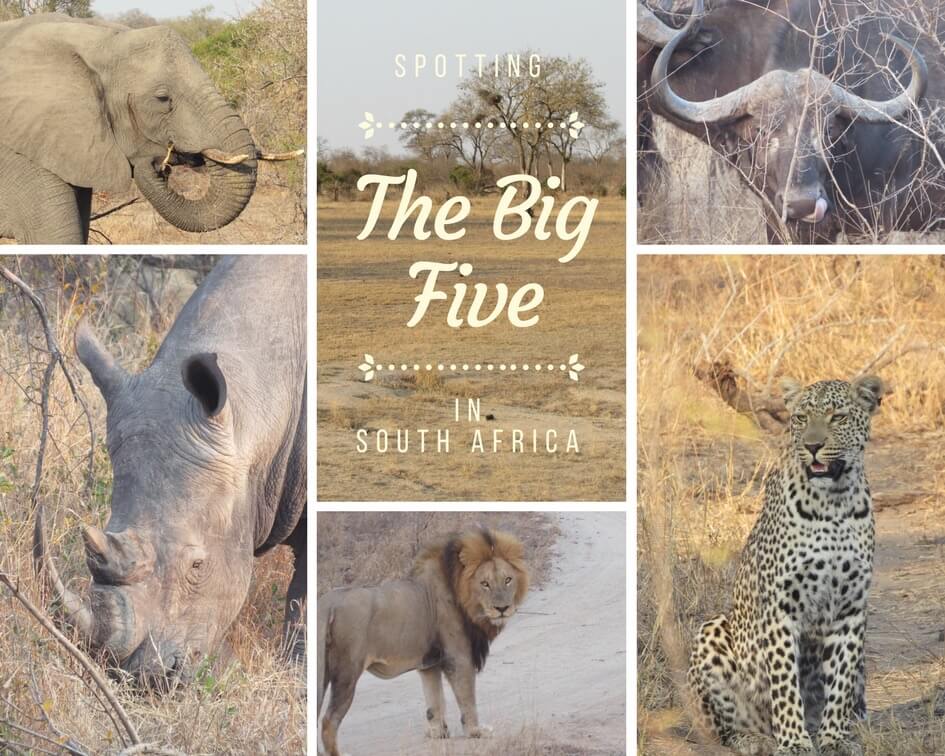 When I first started dreaming of an African safari (many, many years ago) all I knew was that I wanted to see “the big five”. You know, lions, tigers & bears (oh my!). HA…well, I quickly came to realize that I didn’t even know what the big five were! Or why they were called that. A little nature lesson: the “big five” game animals were coined that by hunters, referring to the five most difficult animals to hunt on food. Yes, some of these animals are huge, but they’re also camouflage, quick, and always one step ahead. They’re also five of the most dangerous. By the time you would spot them on foot, it would be too late. They are now the gold standard by which all safari tours operate – it was most definitely our goal to spot the big five during our safari and I am so thrilled to say we did!

This was very first animals we saw as they were at our lodge’s watering hole when we arrived. And holy crap they are HUGE! Being the largest land mammal, the average African elephant is over 10′ at shoulder height and weighs around 5 tons, with the largest being over 7. It’s so crazy how much they blend into the trees, given how large they are. Over the 4 days, we came across 5-6 different packs. I must admit, to me, they were the most frightening in person. Their behavior is typically calm but they’re a little unpredictable and we heard a lot of stories about them charging at people. They were the only animals that I felt a little uneasy around – though the babies are beyond adorable!

Fun fact: Mama elephants are pregnant for 22 months and at birth, babies are already 3 feet tall and 200 lbs.

Oh, the rhino. Looking at pictures of these pre-historic beauties makes me equally happy and heartbroken. They are the most unbelievable animals to see in person – I truly felt like I was in Jurassic Park. At the same time, it’s devastating to know that they are being closer to extinction by the day. Our guide estimated that at the rate they’re being killed (for their horns by horrible, ignorant poachers), they will likely be extinct by 2020. That’s only 2 years away y’all! I won’t get too much into my “save the rhinos” rant but you can read more about the animals here, the poaching crisis here, and how you can help here.

We were lucky enough to see one on our first drive & saw four more throughout the stay. They were typically alone and usually just chillin’ – eating some leaves or bathing in the ponds. They are unbelievably strong, travel alone and are very territorial. I feel so blessed to have seen these beautiful creatures in person.

Fun Fact: Though they’re large, they are speedy! A rhino can run up to 40 miles per hour – over twice as fast as the world’s fastest human. So finding a tree to climb is your best strategy to stay safe!

Considered to be the most dangerous for hunters, the cape buffalo are notorious for being aggressive & ambushing. So, naturally when we learned that a group of 20 were lounging around a mere 50 yards from our front door, we were a wee bit nervous. At first glance, they just look like a cow or normal buffalo but then you hear stories of how quickly they charge and you’re on high alert. When we saw them, they just sat around eating grass for about 20 minutes and then we drove off. Uneventful – the way I like it on safari ha!

Fun Fact: Actually, crazy story – our guide told us how he accidentally stumbled upon a cape buffalo while walking back to his lodge one day and it started to charge him. He had to sprint the other direction & climb a tree to hang out there for a few hours until the buffalo left. He said it was the scariest experience he’s had in the bush!

The smallest of the big cats, and solitary by nature, these look like sweet little cats that you just want to cuddle up with and pet…until you realize that they will quickly eat your face off. (as evidenced by the feeding leopard we saw). The Sabi Sands area is known for their leopards so we knew we had a great chance of seeing them. What we witness though, blew us away. Days 1 & 2 we saw a pair of leopards mating – a very rare occurrence to see – and it was fascinating! We were total creeps and watched them for a while and took videos. Our guide told us that in his 10 years in South Africa, he’s only come across this three times. How lucky are we? On day 3 we also saw a female leopard feeding on a recently killed kudu. We watched her try to carry this 80# dead animal…in her mouth… up a tree. Nature is fascinating, y’all!

Fun Fact: Female leopards birth 2-3 cubs at a time and they stay with their mama until about age 2 when they’re old enough to hunt on their own.

I think my husband said it best: “when you see a lion for the first time and you know exactly where you stand on the food chain”…this was the one and only lion we saw (we did see a lioness but the females don’t have the manes) and it was spectacular. This was the only animal that took my breath away, which was such a surprise! For some reason, the sheer presence of a male lion is surreal – they are so regal and grand. Lucky for us, we saw him on our last drive of the trip. My hope is to see more on our next safari. They travel in prides so there’s usually a good chance that you’ll spot multiple.

Fun Fact: A lions roar can be heard for up to 5 miles away. One night at dinner, we all heard a lion roaring in the distance. The next morning, our tracker noted that a male lion had walked through our camp while we were all sleeping. So scary!

And just because these other animals aren’t part of “the big five” doesn’t mean they’re not incredible to see. A few of my personal favorites…

All I can say is – if you’ve ever considered going on a safari, do it now. Time is of the essence with these animals and nothing is guaranteed. This was the most humbling experience and I am just itching every moment to go back.

Africa, I love you! 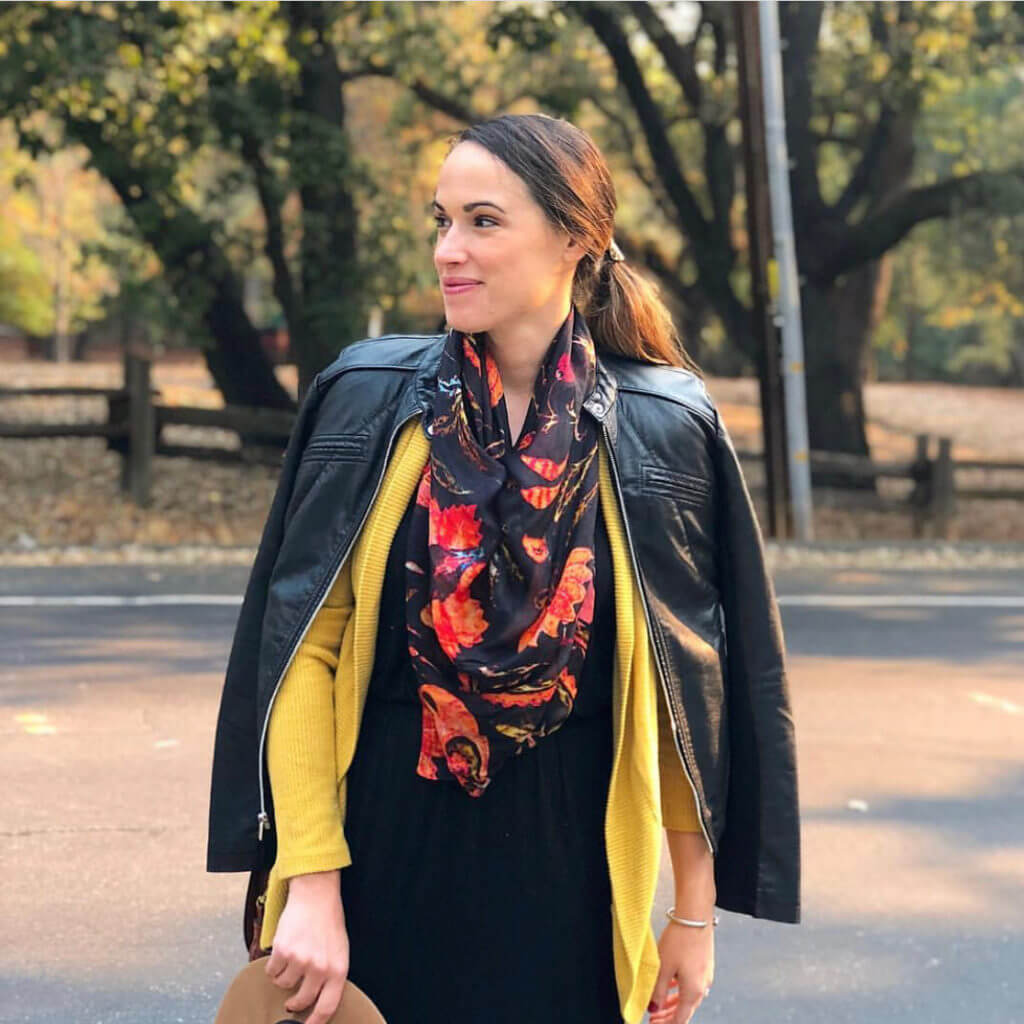